Some photos ask for a lot of work, a lot of light control and a lot of process later. Others simply don’t. Others work perfectly with two or three details that, moreover, come directly to mind as soon as you see them.

That’s why I uploaded this other photo of Vicctoria. It was not one of those we chose at first, but it has a point of intensity that interested me especially, perhaps by expression. We moistened her hair a bit to get the shine and that helps a lot to give life to the image.

On the other hand, the black background and the contrast are key elements for the final result.  Looking out of the picture helps to consider that Vicctoria’s thinking is directed more towards other interests than the camera, the light or the photographic session.However, it is not a totally static pose, and that small movement endows an additional interest to the final result. The original frame was vertical, but I finished with a square photo. 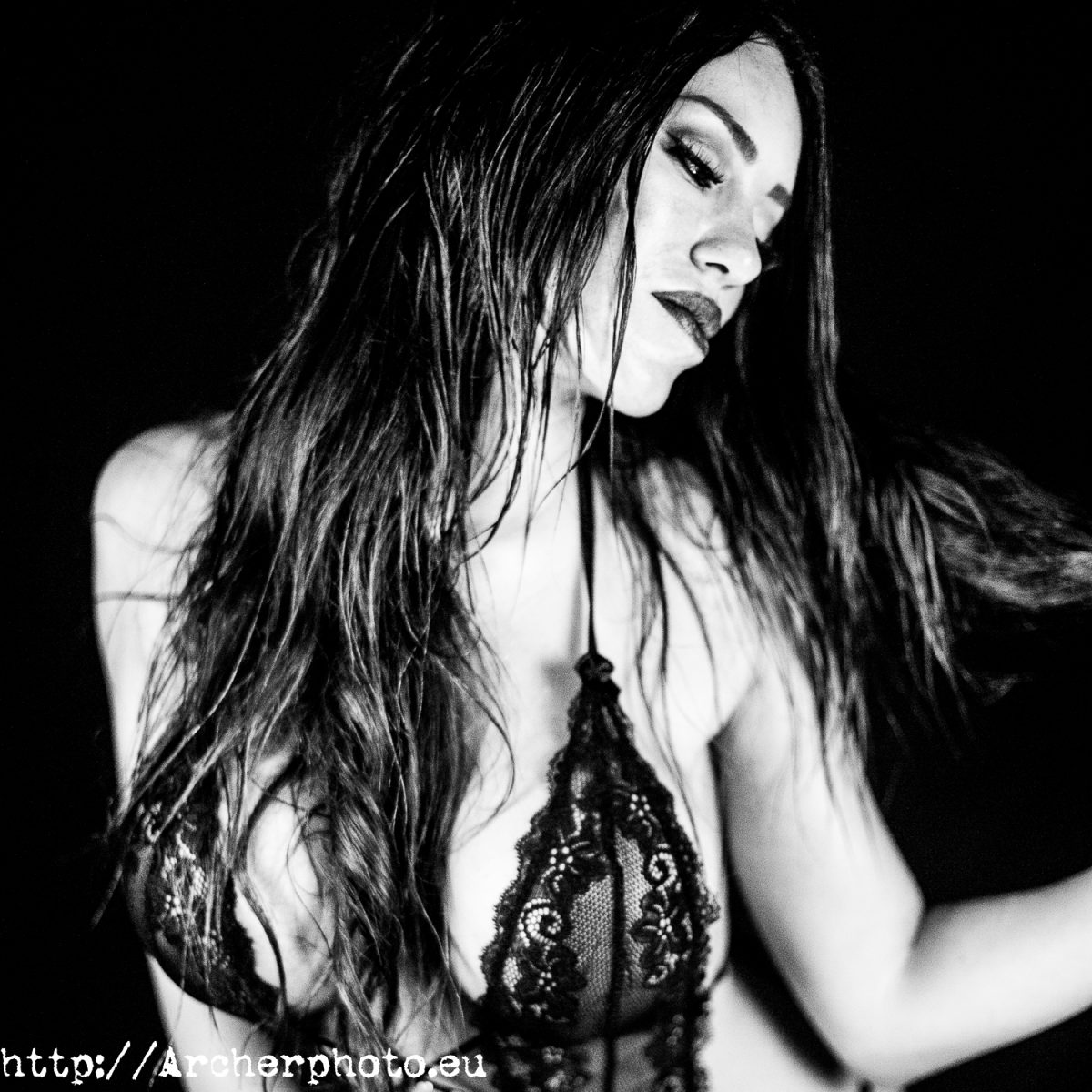 Overall, this was a photograph we did for a session that was in the boudoir line. It was the first time that Vicctoria and I worked together and the result was, in my opinion, very positive. If you want to see more photos of this type, you can have a look at this post or this gallery . If you just want to see my portraits…

If you would like to have photos like this other photo of Vicctoria, you can send me an email to sergi@archerphoto.eu or send me a Whatsapp to +34 644459753. I shoot in Valencia, but also in Madrid, Barcelona or any other site.

On the technical side: ISO 2000, shot with a 50mm f / 1.4 Canon, but f / 1.6, fired in RAW and later processed with Adobe Lightroom. The camera used was my EOS 5D Mark III, and we were using continuous illumination. The clipping used as a featured photo is a little turned up because it looked better, but it’s the same photo.