Photographers in Valencia have an interesting city to attack. It’s not Chicago, it’s not Rome, it’s not Berlin, but it has a number of interesting places. Actually, enough. I usually walk very often by Ruzafa (Russafa in Valencian) and around the Ensanche. Although there are many people who do not distinguish them, they are quite different. Ruzafa was a not integrated village in the city until 1877, and that had its own structure of streets of Arab origin. Nowadays it’s adapted to urban planning, but it happened over the years. Its blocks are not regular and it is not conceived, like the Ensanche, as an expansion of the city on previously there were orchards. A photographer in Ruzafa can have a great time.

You can read this article in Spanish.

The expansions, copied from the planning that takes place in Chicago, arrive in Valencia through the Barcelona reference, but on a smaller scale. Goerlich, the municipal architect, will be responsible for the city’s expansion, which, once the walls were demolished, was totally unavoidable. A part of the Ensanche within Ruzafa

The checkerboard structure of the expansion, which had in the initial plans, with large interior spaces with gardens and a city really conceived to be enjoyed, was divided with a diagonal avenue. The internal spaces to each block are now blocked with the construction of buildings that break the original space and very often the aforementioned interior spaces are  parkings.  Permits were even granted to build more heights than originally thought. All in all, the Ensanche neighborhood (or Eixample) is one of the most interesting in architectural terms. 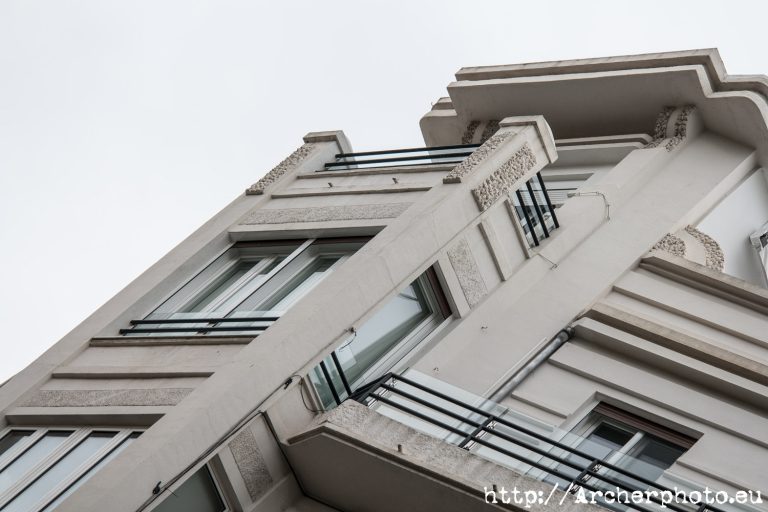 Ruzafa, on the other hand, is a more charismatic neighborhood and, after a few years in which it was experiencing a certain degradation, it was time for its gentrification. Now it suffers a certain saturation as a leisure area. Its value, which was already on the rise, is propelled because the biggest shortage that it had, which was the total absence of green areas, is compensated nowadays by the commissioning of the Central Park , a project that recovers contaminated lands occupied industrially by RENFE much longer than necessary. Good news, of course, for a photographer for Ruzafa.

Ruzafa lives with a certain schizophrenia its evolution. On the one hand new shops and leisure establishments are installed, while trying to resist some traditional shops. In the middle of everything, some other companies pass. A constant flow.

The problem of leisure areas is common in Valencia: the good weather and the habits of the people make them often stay on the street, next to the entertainment venues, during the night, generating a quantity of noise and discomfort that has changed by different areas of the city, which are being classified as Acoustically Saturated Areas. In any case, the administrative division of the City Council contributes to the confusion between Ruzafa and Ensanche. The district is named Ensanche, but includes Ruzafa, Pla del Remei and Gran Vía. Ruzafa, in turn, includes a part of the Ensanche (of what would be the checkerboard structure) but not the other. The historical reason is that, in 1811, the town of Ruzafa included those territories. When the urbanization operation was carried out, it was more practical to attend to criteria of efficiency than not to think about who each land belonged to.

I’m Sergi Albir, I’m a professional photographer. If you want to contact me for photo sessions you can send me a Whatsapp to +34 644459753 or an email to sergi@archerphoto.eu

Some more images taken by this photographer in Ruzafa.