San Juan (St.John’s Eve) is an impossible night in Valencia. If you try to get to the beach you can stay dull in a horrendous traffic jam. If you arrive at your destination you will see hordes of young and not so young people in a huge botellón (youngsters drinking outside around their cars) on the beach. There are also people who just try to walk or put their feet in the water, but in general I do not like them. It reminds me too at New Year’s Eve the year, but with the beach.

So, I decided to get close to taking pictures of people dancing to Lindy Hop (a dance that started in Harlem, New York, in the late 1920s) in Valencia. At first it was planned to go to their place in Ruzafa, but my contacts in the dancing mob told me that they planned a street coup: they would go to the Turia bed to dance, taking advantage of cops would be distracted watching the beaches and / or night street parties that sprinkled the city. I think this is one of the worst nights to be a cop. 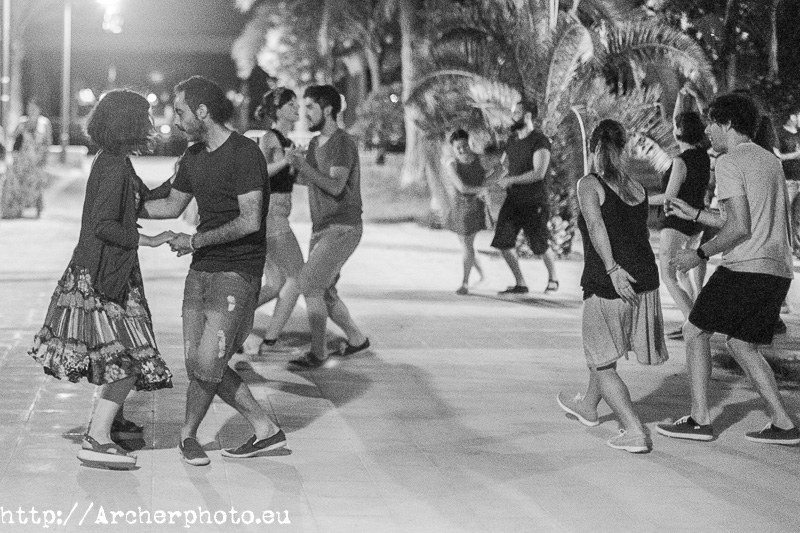 Despite the infamous heat during the day the night was fantastic. And for some reason the mosquitoes had no interest in Lindy Hop. Just armed with an iPad and a not-so-big speaker, without any pretensions, there were around fifty people who were going out dancing in a strictly natural way. Zero organization, zero problems. Most are known and the atmosphere was cordial. They barely talked to me, except for my contact, but neither was making any effort, just photos. I am usually a commercial photographer but this was more a documentary job. 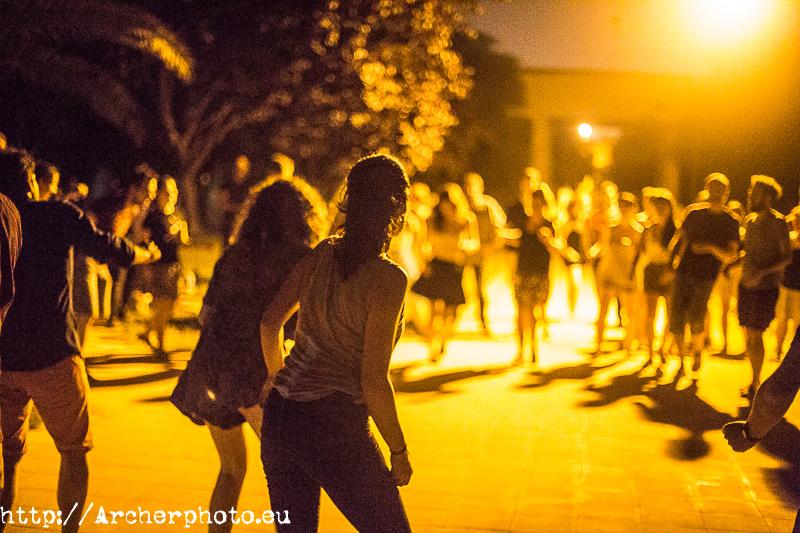 So,  I spent this night from the 22nd to the 23rd of June shooting a few photos. I will only show a small, clear selection of everything I did. More than 600 photos with only sodium vapor lamps as lighting. As an extra difficulty, late at night, I do not know exactly the reason, all but one of the lights went out. So I got a look with harder shadows, but if during all night I was shooting in high ISOs, in the end, even more.

If you have liked my photos and you are impelled impetus to contact me to hire me, you can do it at sergi@archerphoto.eu or send me a message on +34 644459753. If you just want to leave a comment, I’ll thank you. It is strictly forbidden to share these photos on Instagram or Pinterest.

BTW, if you have liked this pictures, in my Spanish web I have almost the same post but, eh, different gallery, https://www.archerphoto.eu/lindy-hop-valencia-san-juan-cauce-del-turia/