When I was a kid I had a good group of clicks of Playmobil (actually, from Famobil , which was how they were marketed in Spain). As usually happens with the toys, we forget and lose them. They disappear and some people become nostalgic and idealize them. It’s not my case, I still like them, but I know they’re just plastic dolls. There is another group of people who, far from living in the past, turns them into their current hobby and gets to organise huge exhibitions. In Valencia, in Nuevo Centro concretely, is mounted one of these, with several times. I was particularly struck by the setting up of a village in the American West. 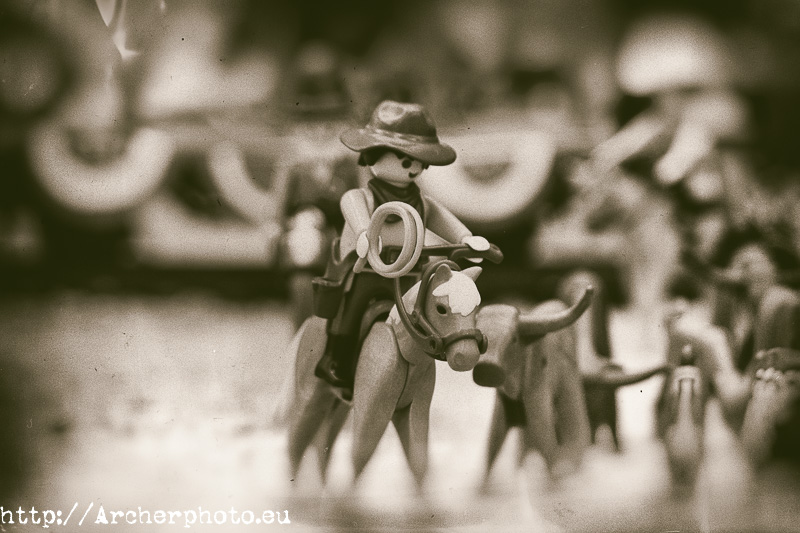 Of course, if you come with the camera you may have some fun. As this was a playful matter I decided to process the photos with an especially old look, as if they had been shot with a plate machine, which was the technology of that time. I am not trying to make artwork, especially since I was not the one who worked out the scenarios, but it seemed fun. 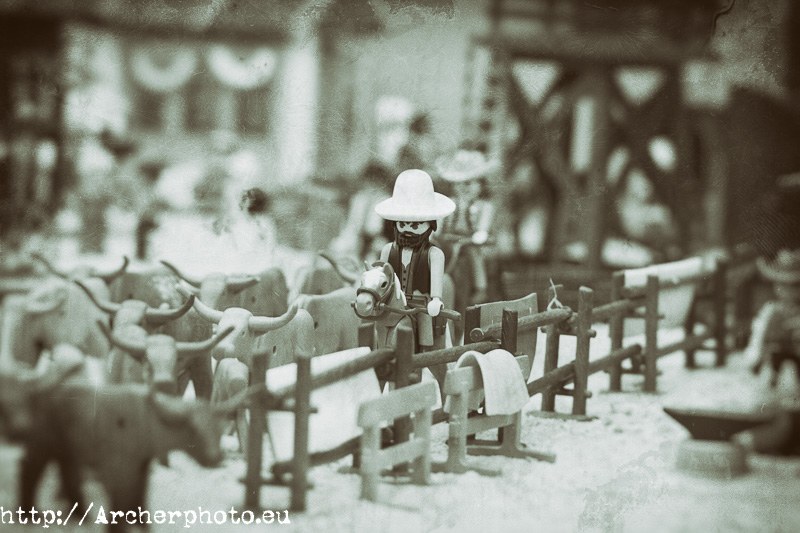 I took more pictures, but they did not stick with the treatment, so I might use them for something else. But for now, I leave this here. I hope you like it.

If you need photos, even if they are not for clicks, you can contact me at sergi@archerphoto.eu or on +34 644459753. Photo sessions for individuals, business photography, product photo or premises. And of course, portfolio photography for models .